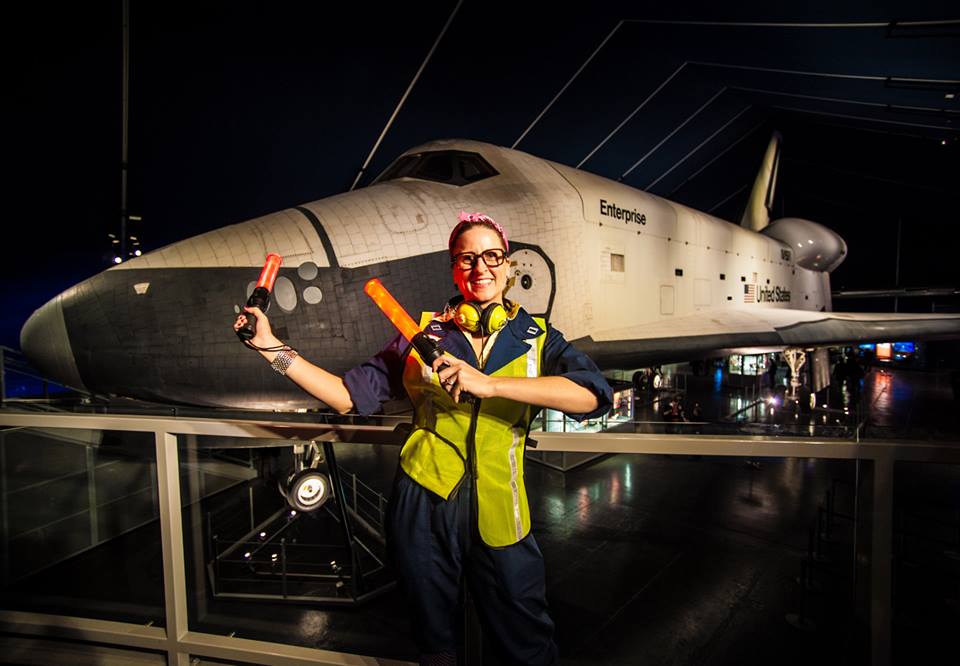 We are very excited to return to the Intrepid Museum on the 25th anniversary of the launch of the Hubble Space Telescope for a night of astronomical merriment!

We’re thrilled to announce that Slow Factory and ShadowplayNYC will be on hand for all your space fashion needs!

Enjoy a series of ten-minute talks about a wide range of space-related topics, all guided by the expert hands of DJ Carly Sagan (who, by day, disguises herself as mild-mannered astrophysicist Dr. Emily Rice) and MC Tycho Brewhaha (aka astrophysics educator Brian Levine). Presentations will take place beneath the space shuttle Enterprise in the Space Shuttle Pavilion, and on the flight deck of Intrepid, beneath the stars. Astronomers will be on hand with their high-powered telescopes, ready to reveal the wonders of the New York sky. There will be trivia, prizes, and copious amounts of fun. Beer and wine will be available to purchase.

This event is free and for ages 21+ only. RSVP required

How do you get to observe with Hubble?
Why I was the Most Hated and Feared Astronomer in the World
Dr. Michael Shara (AMNH)