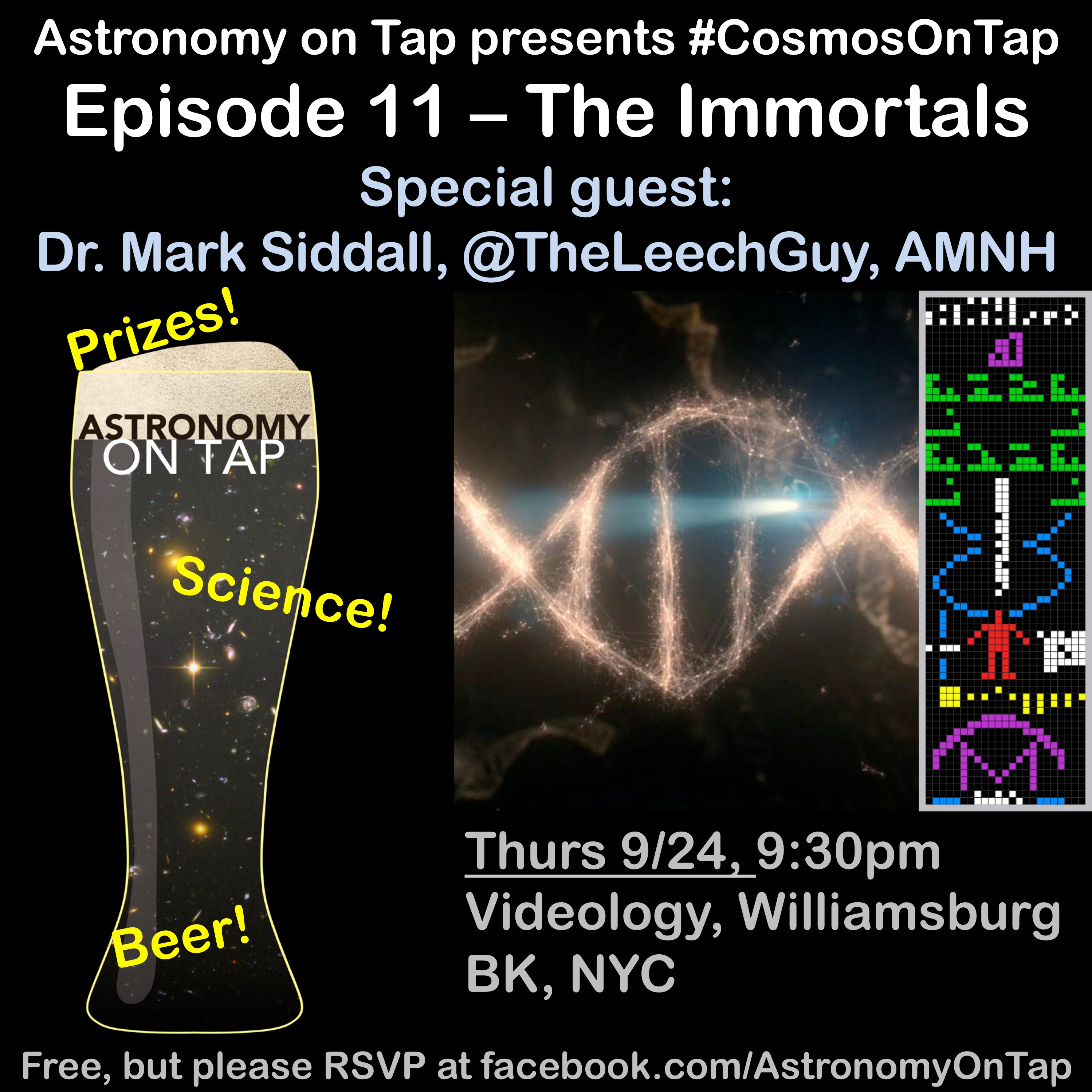 Our next installment of our COSMOS: A Spacetime Odyssey screening at Videology in Williamsburg, Brooklyn is Thursday, October 22 at 9:30 pm!

Even if you devoured the series last spring, we guarantee you’ve never seen it like this before! Interact with the cosmos live with the lovable, irreverent scientists from Astronomy on Tap. Never content to let Neil Tyson have all the glory, we’ll share what we would have done differently (Drunk Astronomy, anyone?), reveal behind-the-scenes secrets, and generally celebrate the fleeting appearance of real science on network TV. Videology has a full bar with wine, draft and bottled beer, and a cocktail menu plus classic movie theater food like popcorn, nachos, pretzels, and hot dogs. In addition to special guest scientists for each episode we’ll have games, prizes, and astro-tainment!

Episode 3 is The Immortals. We’ll be joined by returning special guest Dr. Mark Siddall aka “The Leech Guy” a curator of Invertebrate Zoology, and professor in the graduate school at the American Museum of Natural History. His career has been devoted to uncovering biodiversity and evolutionary history of parasitism (video).