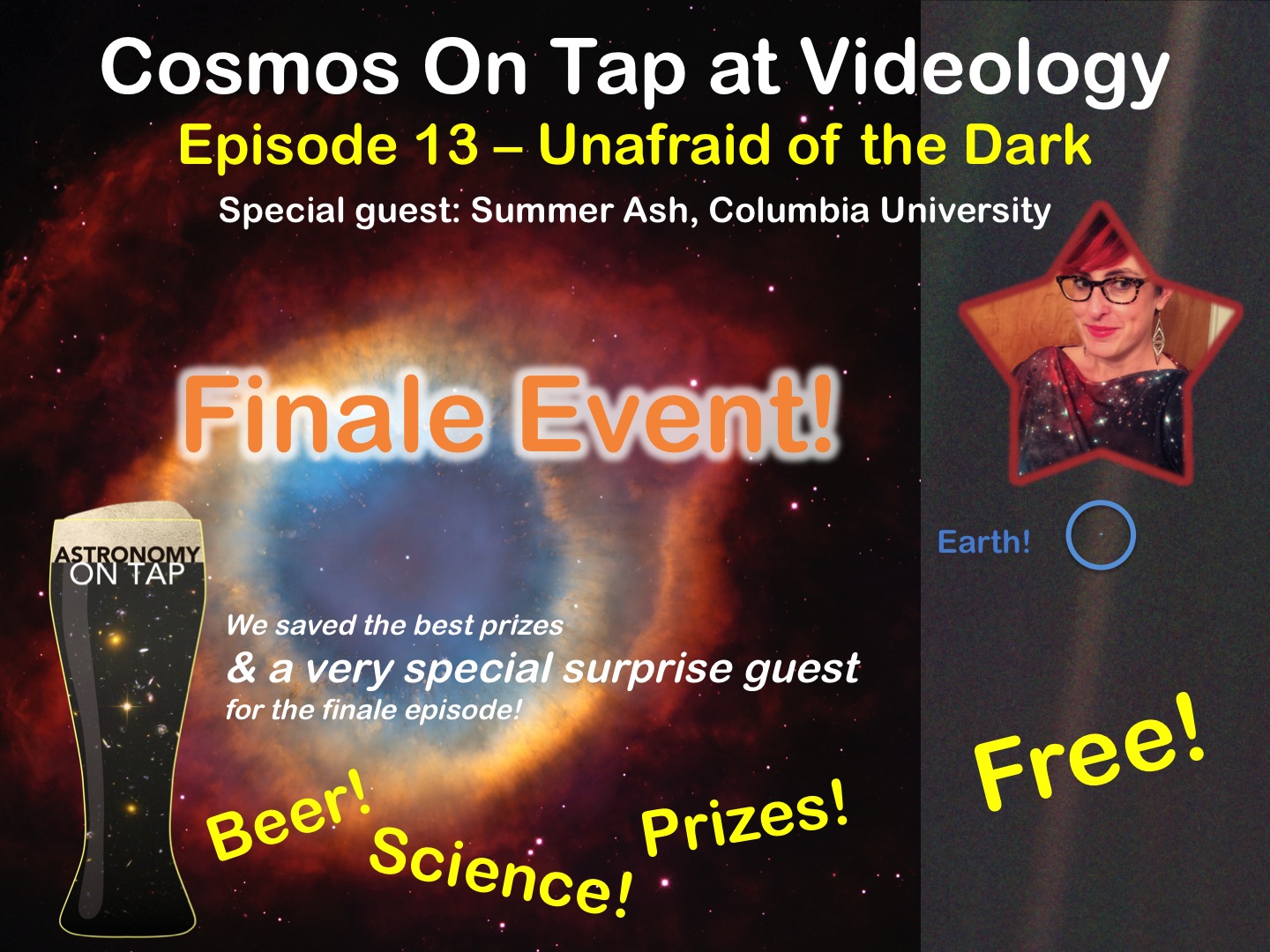 What:
Even if you devoured Cosmos: A Spacetime Odyssey last spring, we guarantee you’ve never seen it like this before! Interact with the cosmos live with the lovable, irreverent scientists from Astronomy on Tap. Never content to let Neil Tyson have all the glory, we’ll share what we would have done differently, reveal behind-the-scenes secrets, and generally celebrate the fleeting appearance of real science on network TV. Videology Bar & Cinema has a full bar with wine, draft and bottled beer, and a cocktail menu plus classic movie theater food like popcorn, nachos, pretzels, and hot dogs. In addition to special guest scientists for each episode we’ll have games, prizes, and Astro-tainment!
We’ve saved the best prizes for the finale screening, including signed Cosmic Calendars!
RSVP on Facebook
Who:
Our special guest for episode 13, Unafraid of the Dark, is astronomer extraordinaire Summer Ash, Director of Outreach for Columbia University’s Department of Astronomy and a freelance science communicator who has worked with Scientific American, Slate, Nautilus, CUNY, and Disney Junior. She is also the in-house astrophysicist for The Rachel Maddow Show and co-founder of STARtorialist astronomy fashion blog.
We’ll also have a Super Secret Skype-in Guest who has lots of first-hand knowledge on Cosmos!