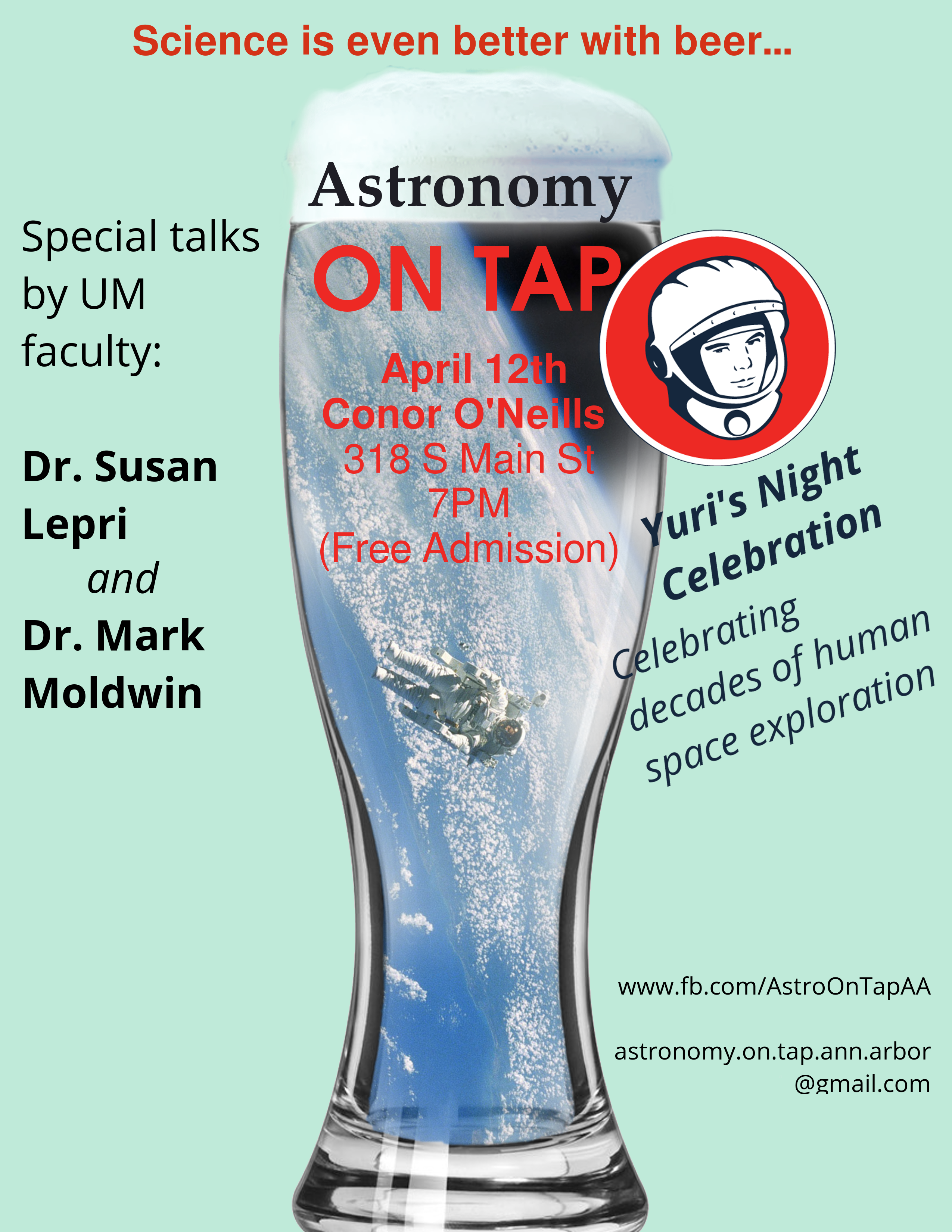 We’re super excited to announce AoT Ann Arbor on April 12th 2016 7:00 PM at Conor O’Neills Irish Pub. Not only is this your usual Astronomy on Tap event with talks, prizes, and beer; it’s also a celebration of Yuri’s Night – an event to commemorate one of the most exciting feats of human space exploration.

On April 12th 1961, Yuri Gagarin became the first person to journey into outer space in a historic orbit of the Vostok 1 spacecraft. Join us as we hear about the past and future of space exploration from University of Michigan Professors Susan Lepri and Mark Moldwin.