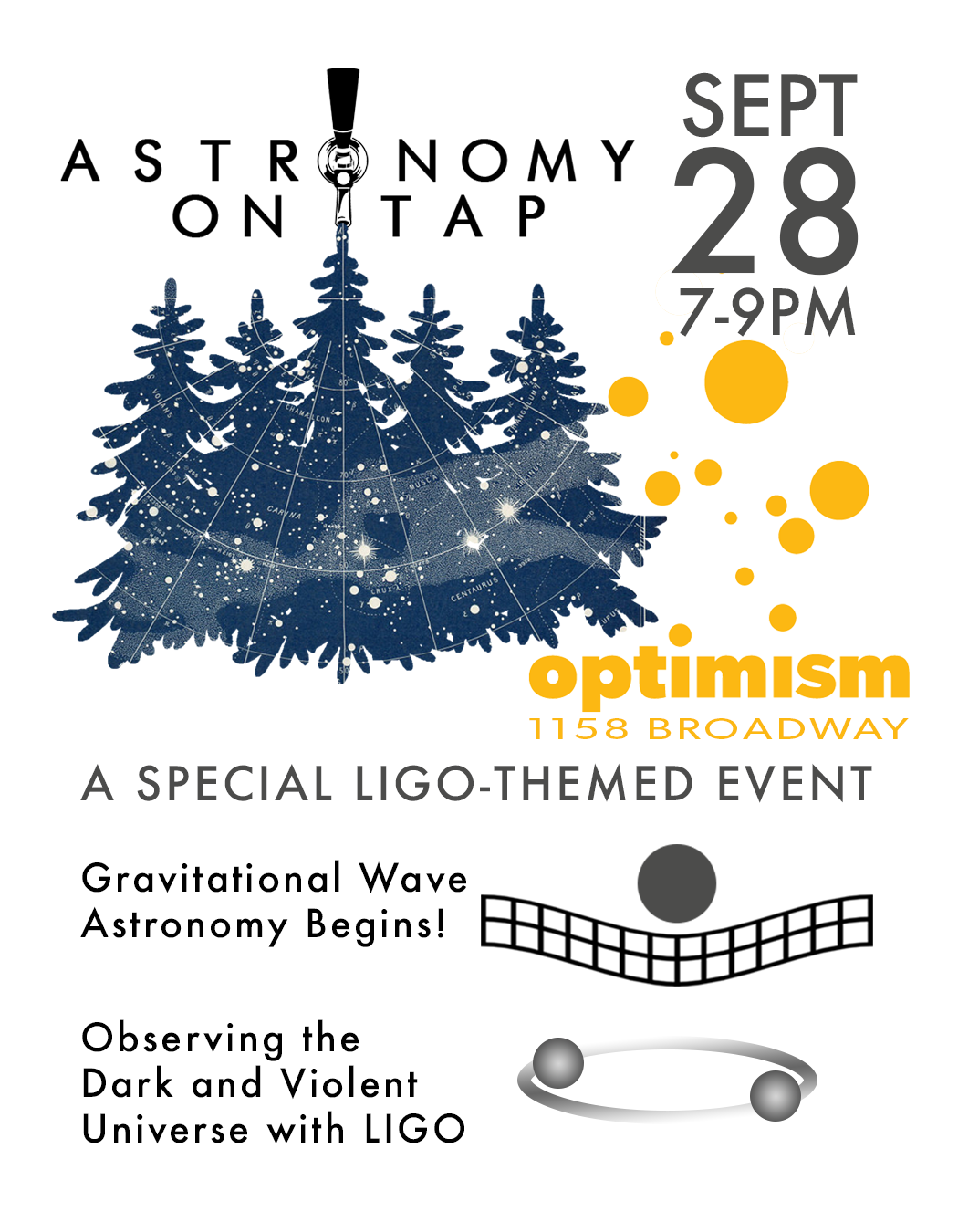 THIS MONTH we are very proud to be hosting two members of the illustrious LIGO team, who work with the laser interferometer in eastern Washington that contributed to the discovery of gravitational waves! This month’s talks are:

Jeff is the Control Systems Engineer at the LIGO Hanford Observatory. He got his undergrad in Astrophysics from Penn State in 2005, his Ph. D. in Physics from Louisiana State University in 2010 working on the LIGO Livingston Observatory, and did Post-Doctoral Research at MIT from 2010 to 2013 before moving out to the Tri-Cities, WA. He’s been working with LIGO for 13 years, and is excited to talk to you about how all of LIGO’s hard is finally beginning to pay off!

“Observing the Dark and Violent Universe with LIGO”
With Jenne Driggers

Jenne graduated from the University of Washington with a BS in Physics in 2008. Her first encounter with the Laser Interferometer Gravitational wave Observatory (LIGO) was as a summer undergraduate research fellow at the California Institute of Technology in 2006. Jenne returned to Caltech for her PhD in Physics, graduating in 2015. She is currently a Caltech postdoctoral scholar stationed at the LIGO Hanford Observatory where she continues to work on improving the sensitivity of the interferometers.

Originally founded in NYC, this is our 18th month in Seattle presented by graduate students in astronomy at the University of Washington. We’re thrilled to be hosted by Optimism Brewing Company in Capitol Hill who will have a variety of beers (and plenty of astronomy) on tap.

One thought on “Astronomy on Tap Seattle: September 28th at Optimism Brewing Co”