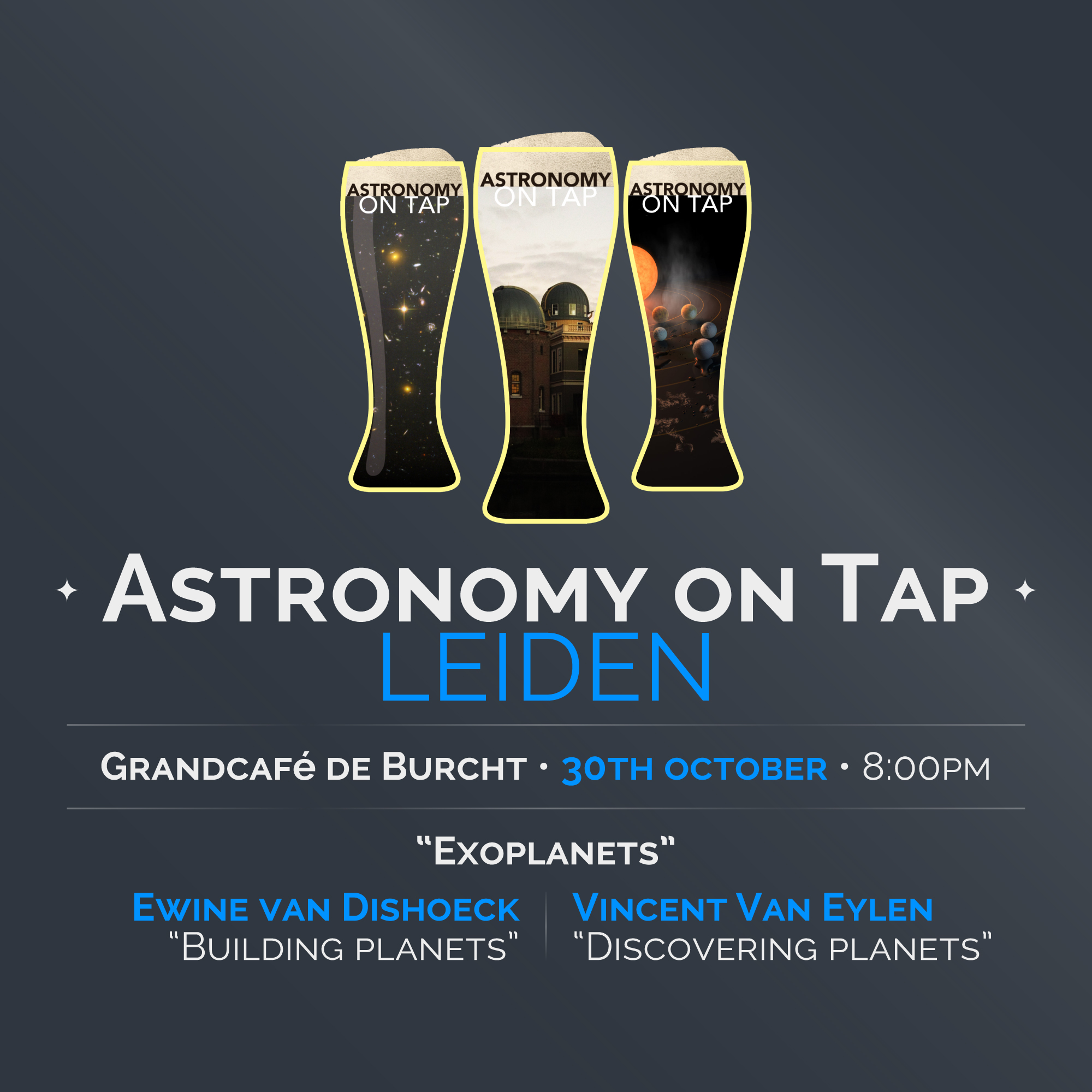 Our next edition will take place on Monday 30 October at 20h in Grand Cafe De Burcht (Burgsteeg 14, 2312 JS Leiden). Join us for an evening of informal astronomy and great beer! In this occasion, Leiden Observatory Professor Ewine Van Dishoeck and Oort Fellow Vincent Van Eylen will talk about exoplanets: planets orbiting stars other than our Sun.

Ewine F. van Dishoeck is professor of molecular astrophysics at Leiden University. The research of her group is at the boundary of astronomy and chemistry and uses ground- and space-based observatories to study the molecular trail from interstellar clouds to planet-forming disks. She holds many national and international science policy functions, including scientific director of the Netherlands Research School for Astronomy (NOVA) and president-elect of the International Astronomical Union. She has received many awards, including the Dutch Spinoza award and the Dutch Academy Prize.

Vincent Van Eylen is a Belgian astronomer researching extrasolar planets, or exoplanets. His research focuses on the discovery of new exoplanets and the characterisation of known planets. To do so, he uses data from ground-based telescopes as well as space-based missions, such as NASA’s Kepler and K2 satellite. He has led the discovery of nine new exoplanets. He is currently the Jan Hendrik Oort Fellow at the Sterrewacht at Leiden University in The Netherlands.