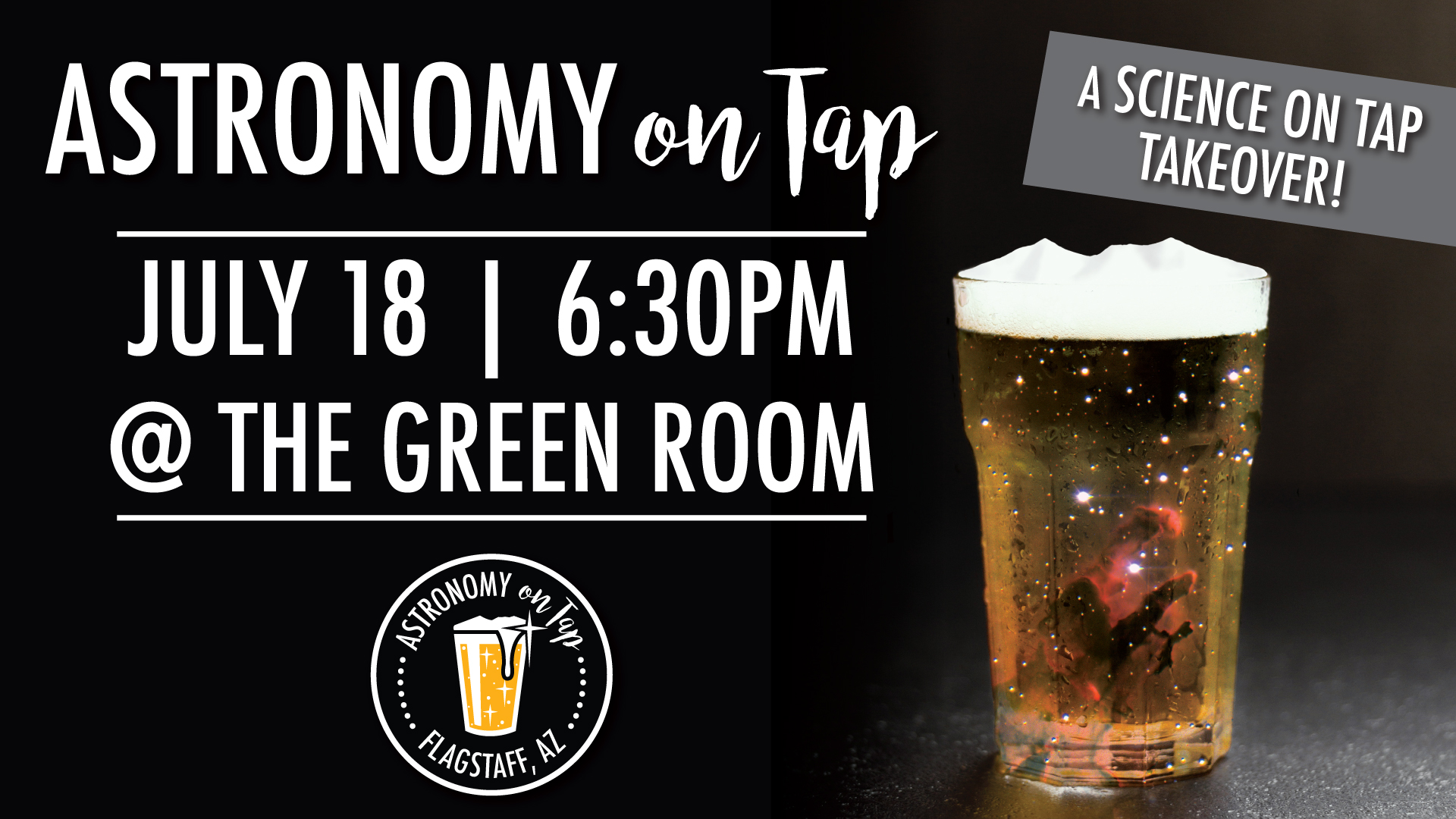 Astronomy on Tap Flagstaff is taking over of the Flagstaff Science on Tap night @The Greenroom!

Join us July 18th @6:30 pm for an out of this world presentation by Historian Kevin Schindler on how Northern Arizona helped get man to the moon in 1969!

Northern Arizona played a key role in preparing to send humans to the Moon in the late 1960s/early 1970s. The Apollo astronauts themselves traveled to Meteor Crater, the Grand Canyon, and volcanic features including Sunset Crater to learn geology and practice their lunar excursions. Meanwhile, U.S. Geological Survey engineers worked with NASA staff members to develop and test instruments while artists joined forces with scientists at Lowell Observatory and the USGS to create detailed maps of the Moon that were critical to navigating around the lunar surface.

Visit our Facebook Page for more information about AoT Flagstaff!