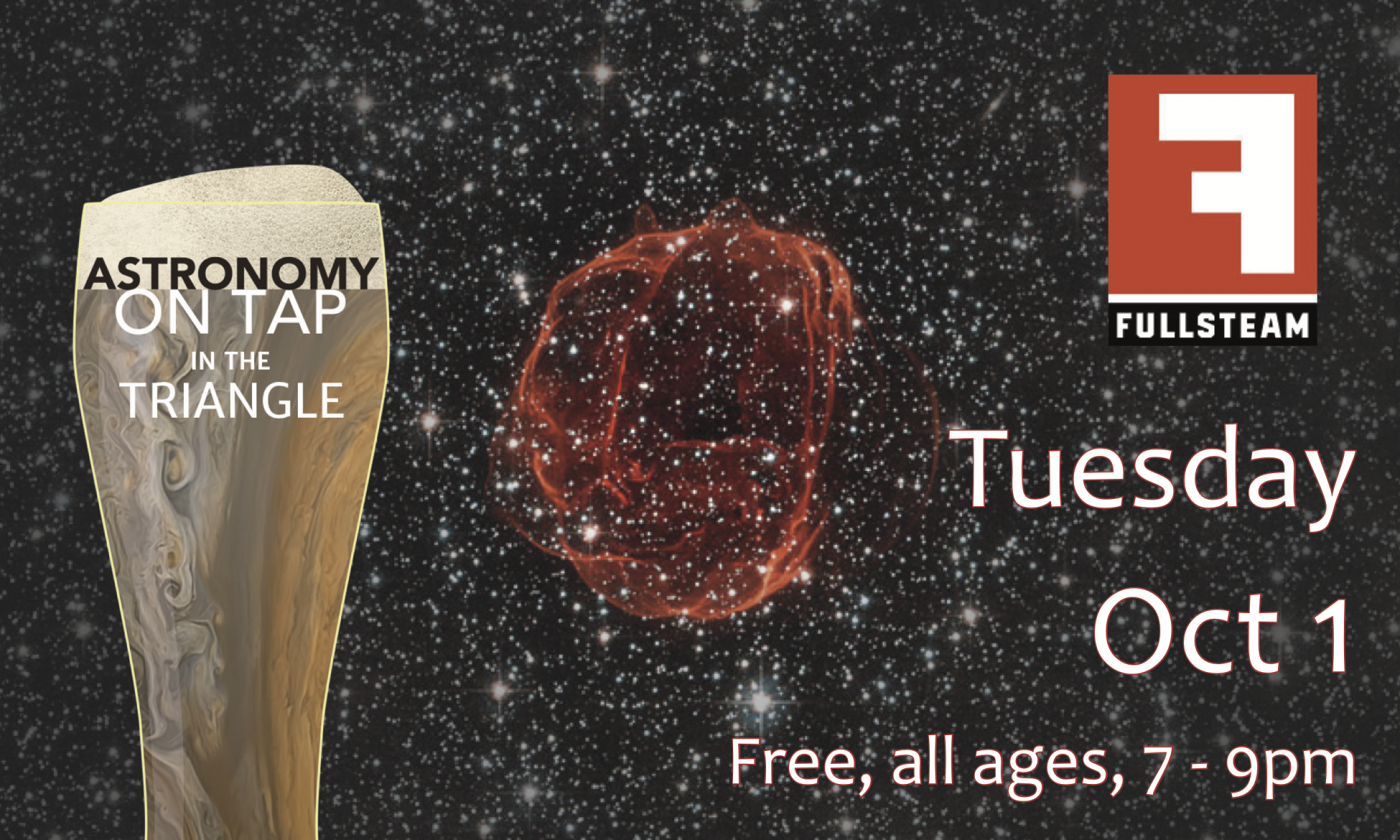 Come check out Astronomy on Tap Triangle, our North Carolina chapter of short and engaging talks about astronomy over beer, held at the taproom of Fullsteam Brewery in Durham, NC — this is our sixteenth event on Tuesday, October 1!

Join us for some spooky supernova talks —Dr. Amber Lauer* and Charles Stapleford** will discuss origin of the atoms that make up us and everything around us!

**Charles Stapleford is a Physics Ph.D. candidate at North Carolina State University where he researches the effects of neutrinos during core-collapse supernovae. He graduated from the University of Iowa in 2014 with a triple major in Physics, Astronomy, and Mathematics, and he also minored in French. He received a Master of Science in Physics from NC State in 2016.