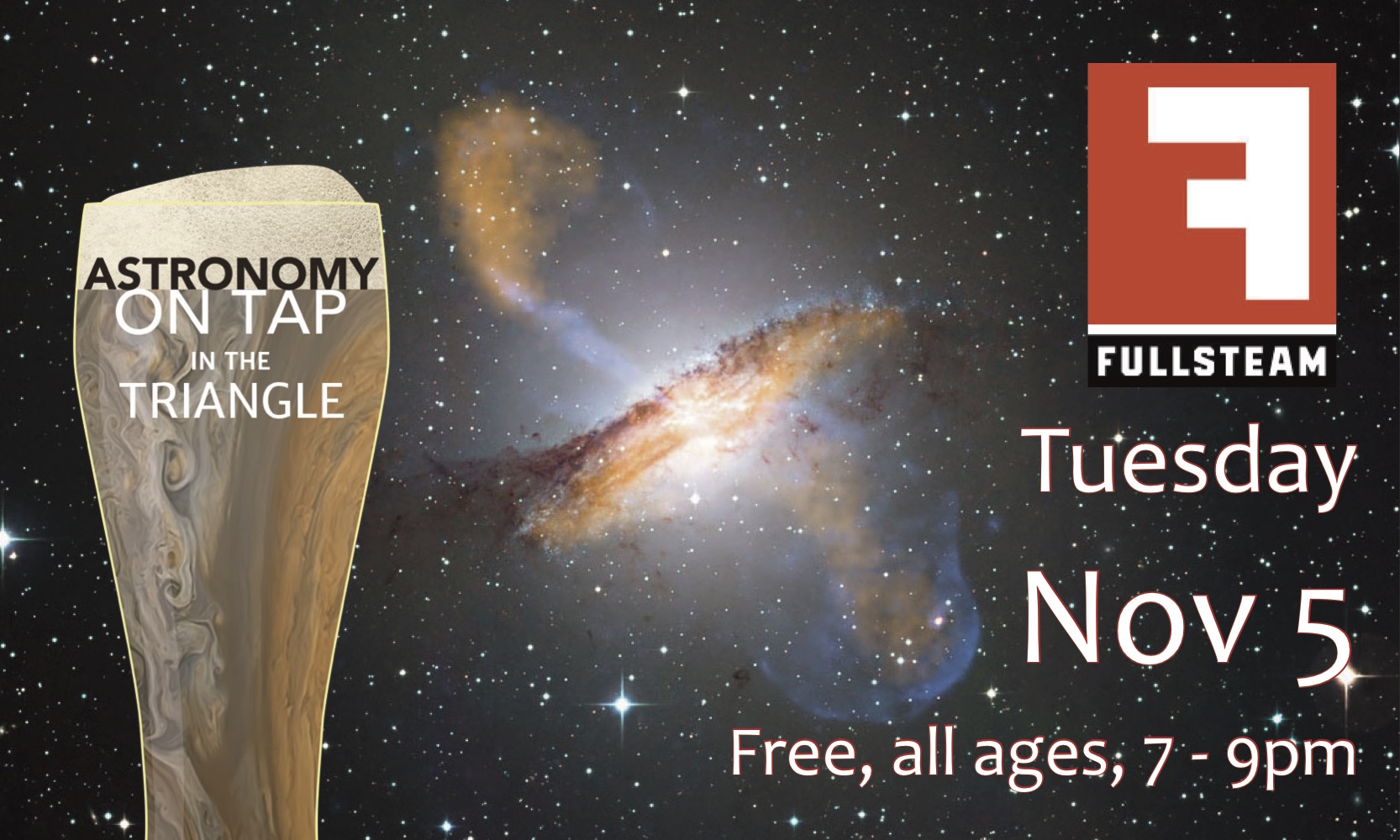 Come check out Astronomy on Tap Triangle, our North Carolina chapter of short and engaging talks about astronomy over beer, held at the taproom of Fullsteam Brewery in Durham, NC — this is our seventeenth event held 7-9 PM on Tuesday, November 5!

*Dr. Gerald Cecil is a Professor of Astrophysics at UNC-Chapel Hill where he researches the effects of Active Galactic Nuclei (AGN) on their host galaxies and their star formation. He received a BS and an MS from McGill University, and he completed his Ph.D. at the University of Hawaii Institute for Astronomy. He was then a post-doc at Institute for Advanced Study at Princeton, and he has served as a project scientist for the SOAR telescope.

**Dr. Rongmon Bordoloi is an Assistant Professor in the Physics Department at North Carolina State University where he researches the formation and evolution of galaxies by tracking the motion of baryons (atoms and such) into and out of galaxies. He received his M.S. and Ph.D. from ETH Zurich. He then came to America to be a post-doc at the Space Telescope Science Institute, after which he was awarded the NASA Hubble Fellowship and worked at MIT.