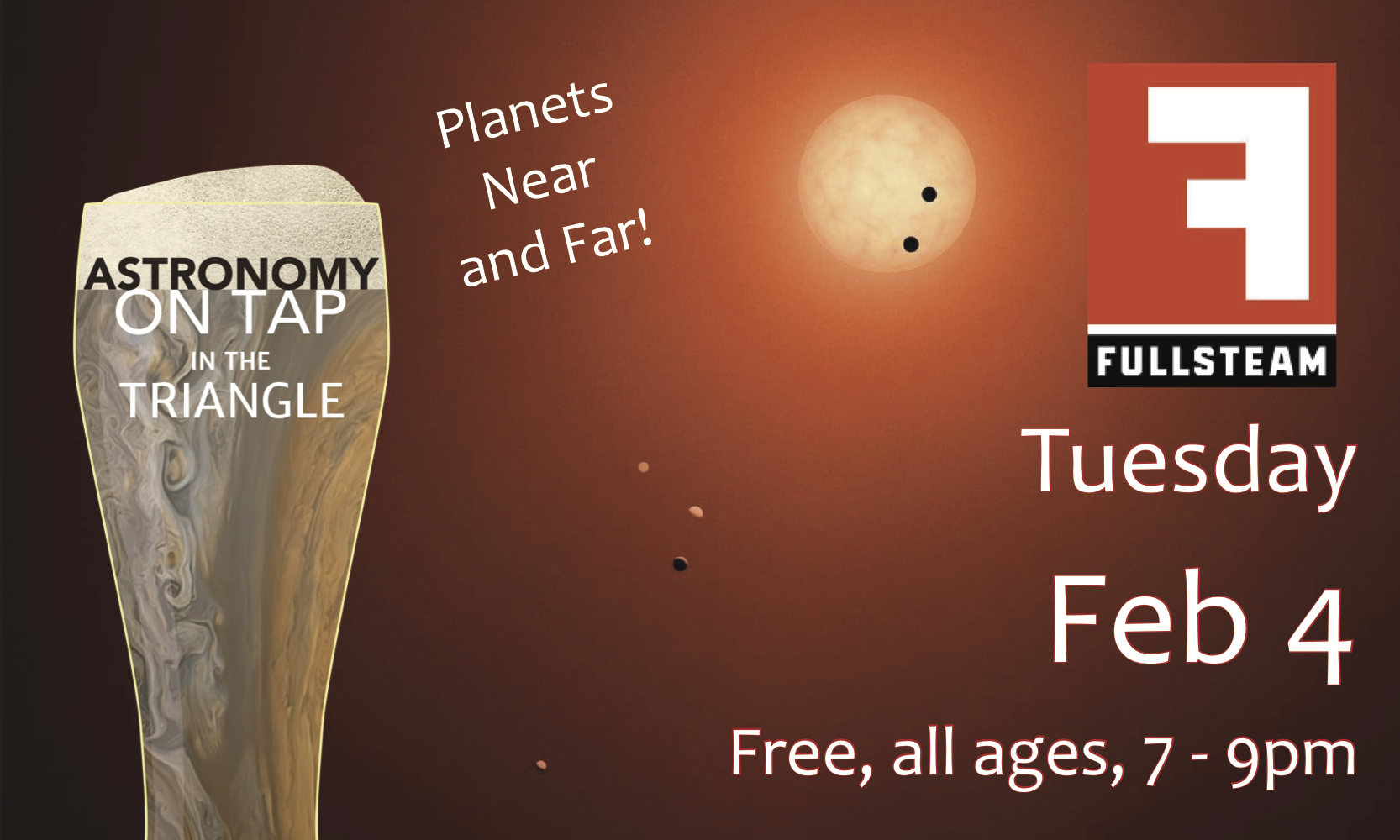 Come check out Astronomy on Tap Triangle, our North Carolina chapter of short and engaging talks about astronomy over beer, held at the taproom of Fullsteam Brewery in Durham, NC — this is our nineteenth event 7-9 PM on Tuesday, February 4th!

Join us for talks on planets both near and far – Jeff Regester* and Amy Glazier** will discuss missions to planets (and minor planets) within our solar system and observations of exoplanets that orbit two host stars!

*Jeff Regester is an Instructor of Physics and Astronomy at High Point University where he works with the New Horizons mission that recently passed Pluto and continues to explore the outer solar system. He has also worked on sounding rockets. He received a B.S. in Applied and Engineering Physics and a B.A. in Archaeology from Cornell University and a M.S. in Astronomy from the University of Arizona

**Amy Glazier is a third year Ph.D. student at UNC-Chapel Hill with Professor Nick Law where she studies circumbinary exoplanets, meaning exoplanets that orbit around the outside of two stars that are themselves orbiting each other. She earned a B.A. in Physics with minors in mathematics and chemistry from Austin College and an Associate of Science from Collin County Community College in McKinney, TX.