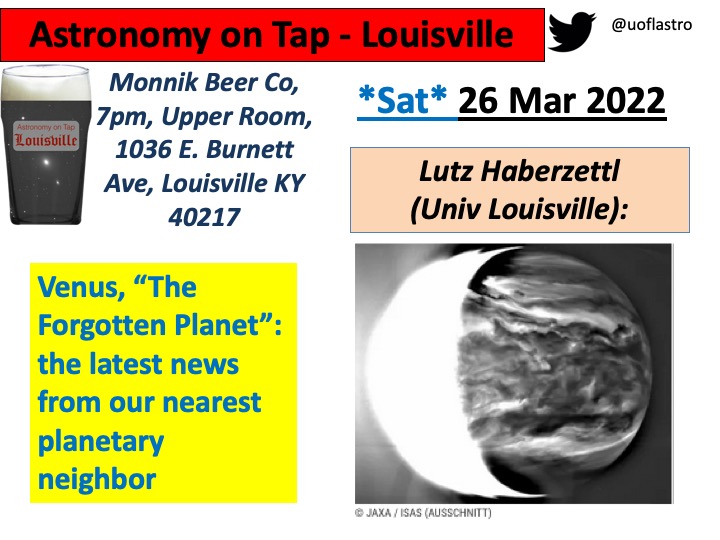 Venus is the nearest planet to Earth, but the last American mission to it was launched a third of a century ago in 1989. Since then, missions from other countries and ground-based observations have revealed it to be more mysterious than ever, and it is the subject of much renewed interest. Come to hear the latest news at Monnik Beer Co., 1036 E Burnett Ave, Louisville KY 40217 at 7pm in the Upper Room. Please note that this is on a Saturday, moved up from April to coincide with the Society of Physics Students Zone meeting in Louisville.