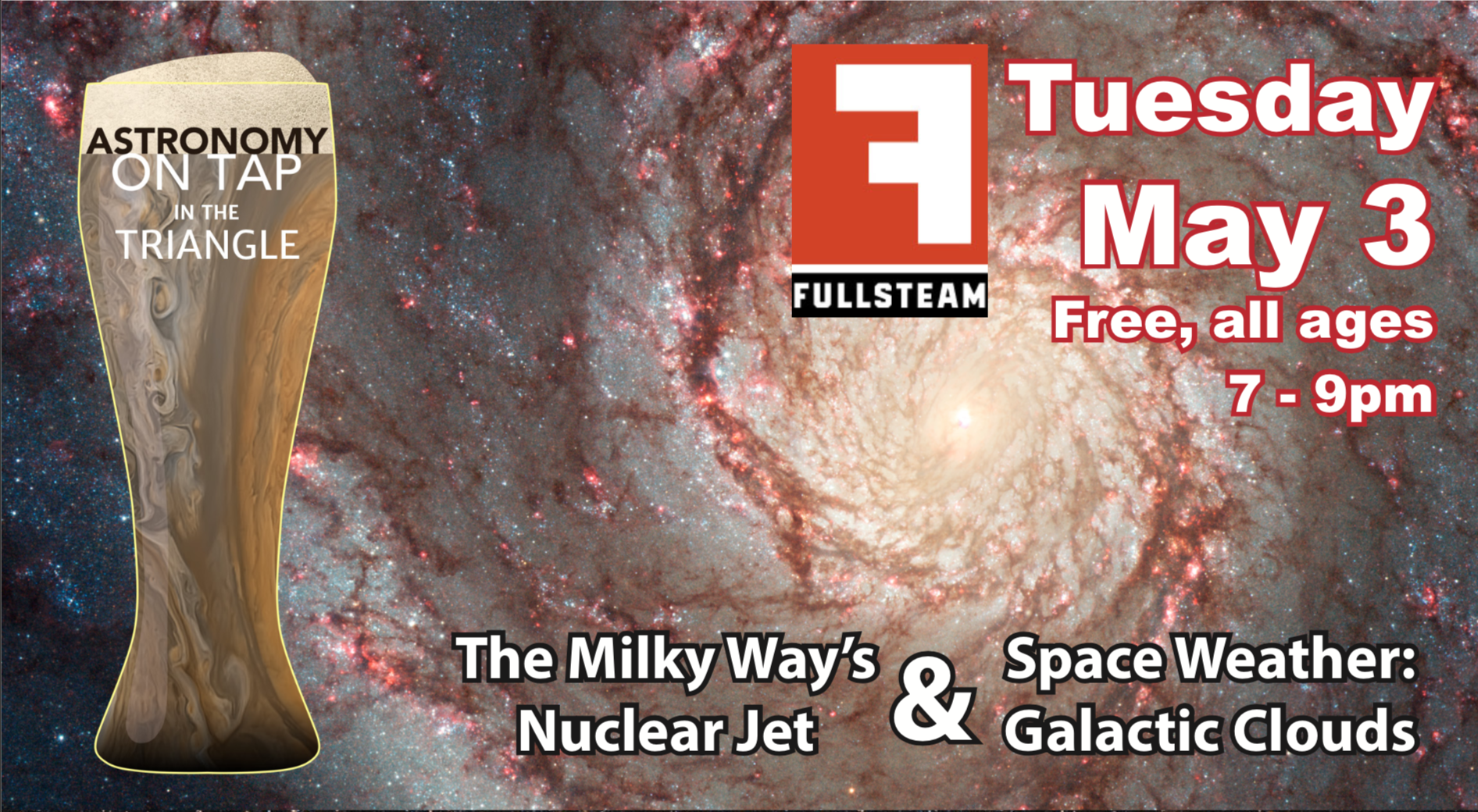 Come check out Astronomy on Tap Triangle, our North Carolina chapter of short and engaging talks about astronomy over beer. Find us in the taproom of Fullsteam Brewery in Durham, NC — this is our thirty-fourth event held from 7-9 PM on Tuesday, May 3rd!

The Milky Way’s central supermassive black hole occasionally powers up when material is shredded as it falls in. The resulting eruptions have illuminated gas as far as 180,000 light years from us! As the center recovers, does it launch a jet of particles too? Join us as Dr. Gerald Cecil (UNC-CH) shows the structure of what we think is the faint trace of this nuclear jet mapped by the ALMA radio and Chandra X-ray telescopes.

Then, Nikki Rider (UNC-CH) will tell us about mysterious galactic clouds! Astronomers have seen clouds in the atmosphere of our galaxy, the Milky Way. These clouds rain onto the galaxy where that material is used to create a new generation of stars, evolving the Milky Way. So, where did the clouds come from in the first place? Stay tuned to find out!

Be sure to get there on time for a quick round of astronomy trivia and prizes!

There is always lots of time to ask questions and interact with the presenters and other scientists who inevitably stick around for the beer.