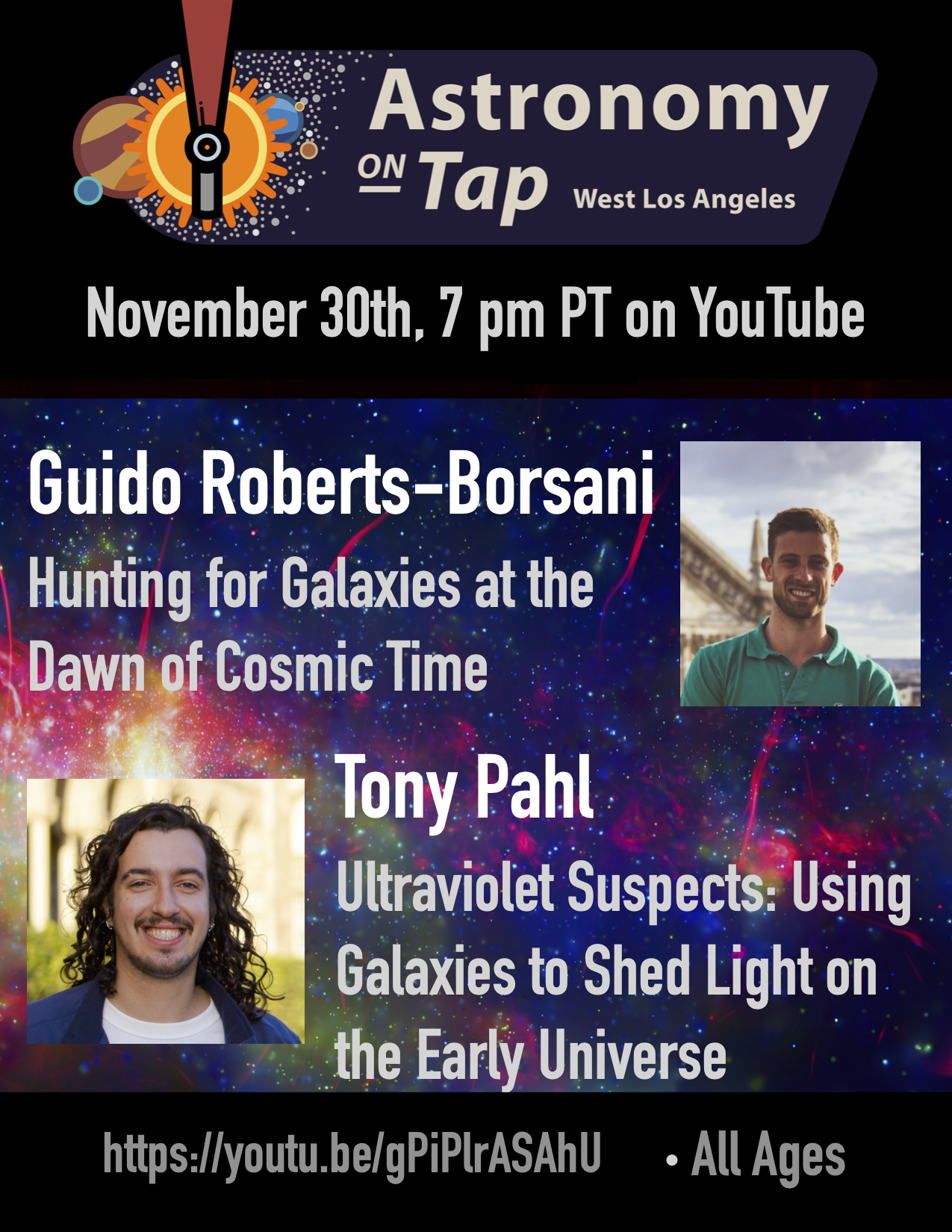 Join us for a virtual event at 7:00 p.m. PT, 30th November 2021, live streamed onto YouTube at this link, which will feature talks by Guido Roberts-Borsani and Tony Pahl from UCLA.
Hunting for Galaxies at the Dawn of Cosmic Time: The emergence of the first galaxies had a profound effect on the state of the Universe, ending the so-called cosmic Dark Ages and beginning its last major phase-transition, the Epoch of Reionization. To understand which sources were responsible for such a dramatic altering of the fabric of the Universe, finding and characterizing the most distant sources is imperative to answer questions such as: When did the first sources form? Did they have supermassive black holes? What kind of stars do they host? In this talk, Guido will discuss how we are pushing the limits of our current ground- and space-based observatories in the hunt for galaxies 13.5 billion light-years away, describe our efforts to push back the frontier of our current understanding of them, and illustrate how the arrival of the James Webb Space Telescope will revolutionize our search and understanding of the most distant sources in the Universe.
Ultraviolet Suspects: Using Galaxies to Shed Light on the Early Universe: What can galaxies tell us about the early evolution of the Universe? In this talk, Tony will discuss what galaxies look like in the most active period of their evolution and how their high-energy signals offer valuable clues to the past.