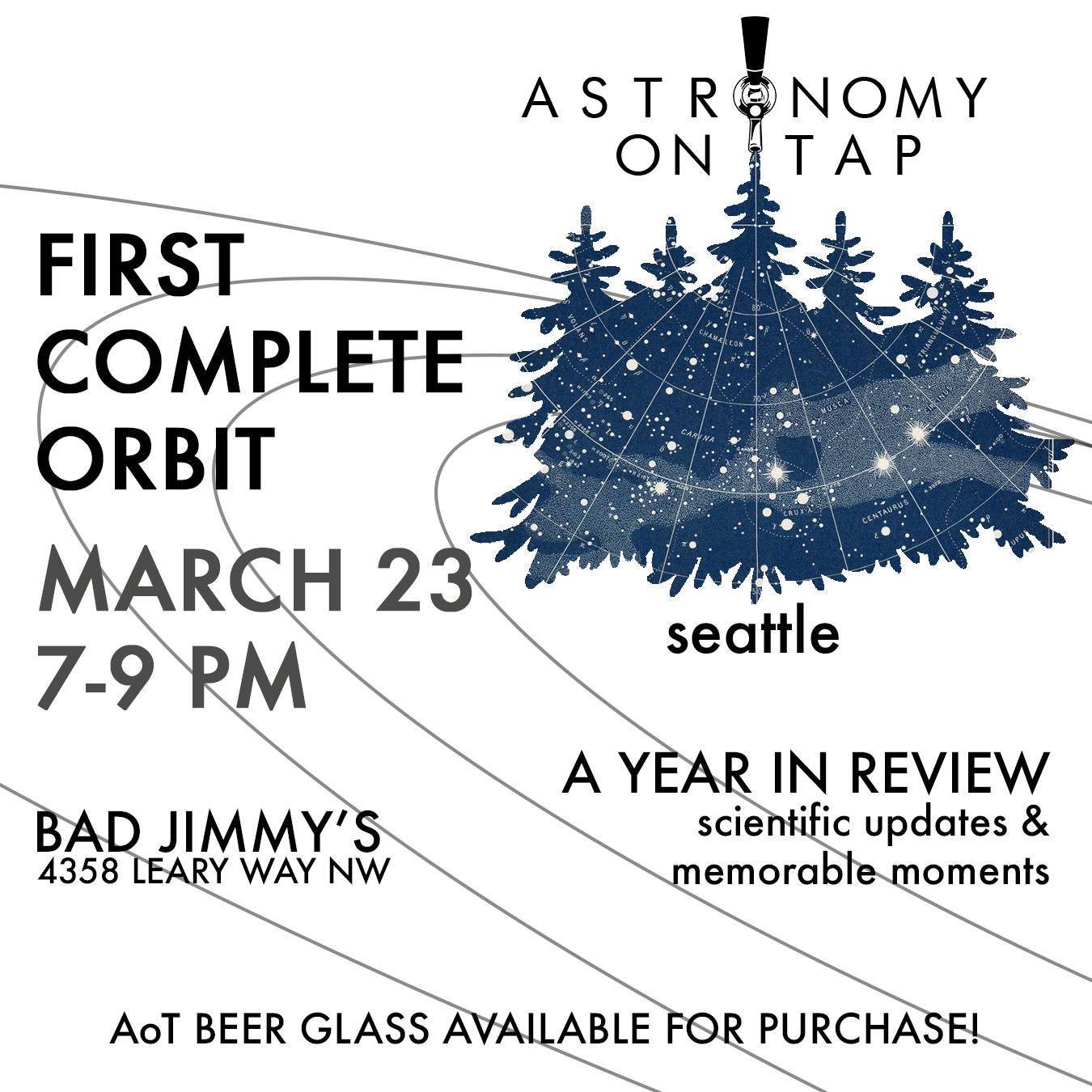 Our next event in Seattle will be on March 23rd from 7-9 pm and will again be hosted by Ballard’s own Bad Jimmy’s who will have ~9 beers (and plenty of astronomy) on tap.

THIS MONTH we will be celebrating our one year anniversary in Seattle with a power-house omnibus presentation bonanza by many of the speakers who have spoken at AoT Seattle over our first year. They will each give lightning talks about new developments their fields since they gave their first talk – these lightning talks will include updates on New Horizon’s visit to Pluto by Brett Morris, circumbinary planet discoveries by Kolby Weisenburger, potential transiting alien megastructures by Rodrigo Luger, and many more! But don’t worry – if you missed their first talk, we’ll bring you up to speed.

We will be selling special commemorative glasses with the new Astronomy on Tap Seattle logo designed by Nell Byler, which you can get with barrel-aged pints of AoT’s favorite “The Big Sipper” Imperial Scotch Ale. Don’t miss our first birthday and be sure to follow us on Twitter and Facebook to get updates on future events!