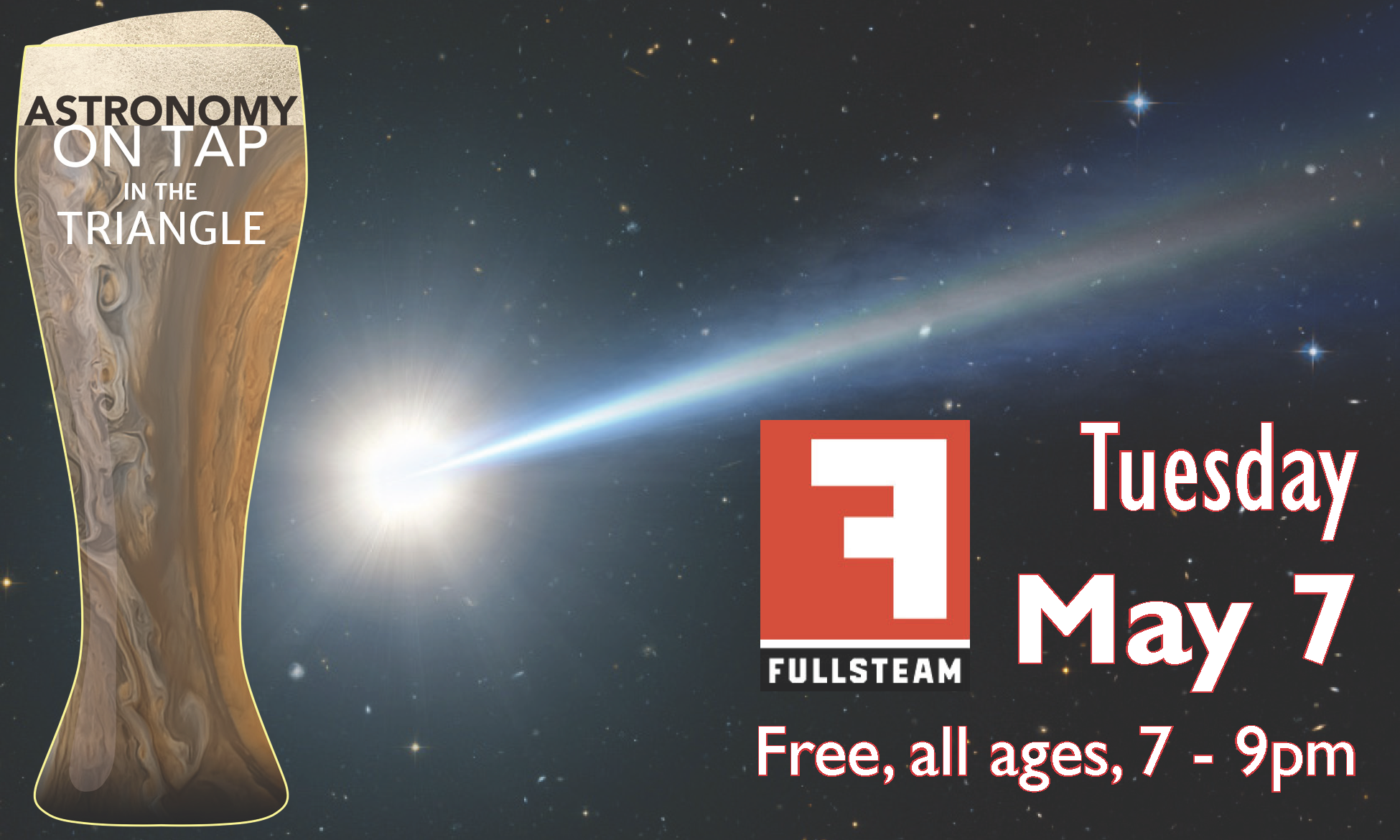 Come check out Astronomy on Tap Triangle, our North Carolina chapter of short and engaging talks about astronomy over beer, held at the taproom of Fullsteam Brewery in Durham, NC — this is our fifteenth event on Tuesday, May 7!

Join us to hear some compact talks on compact objects — Zach Nasipak* and Dr. Chris Richardson** will discuss the theory and current data surrounding black holes!

* Zach Nasipak is a fourth-year graduate student at the University of North Carolina at Chapel Hill, and works as a general relativity theorist under Dr. Charles Evans. In particular, he is interested in binary black holes which may spiral into each other and collide, producing gravitational waves. Zach graduated from Vassar College in 2015, with a double major in physics and astronomy and a minor in mathematics. He then turned his eyes southward from Poughkeepsie, joining the graduate program at UNC in 2015, and now is eyeing his doctoral defense within the next year!

** Dr. Chris Richardson is an Assistant Professor of Physics at Elon University, whose research covers many different astrophysical systems through computational simulation. He uses supercomputers to study starburst galaxies, active galaxies (with central supermassive black holes), supernova remnants (exploded stars), galaxy morphologies, and star forming nebulae. Chris completed his undergraduate studies at Eastern Illinois University, and earned his PhD at Michigan State University. He is also passionate about physics education, and has even visited the US Congress to advocate for the future of astronomy!