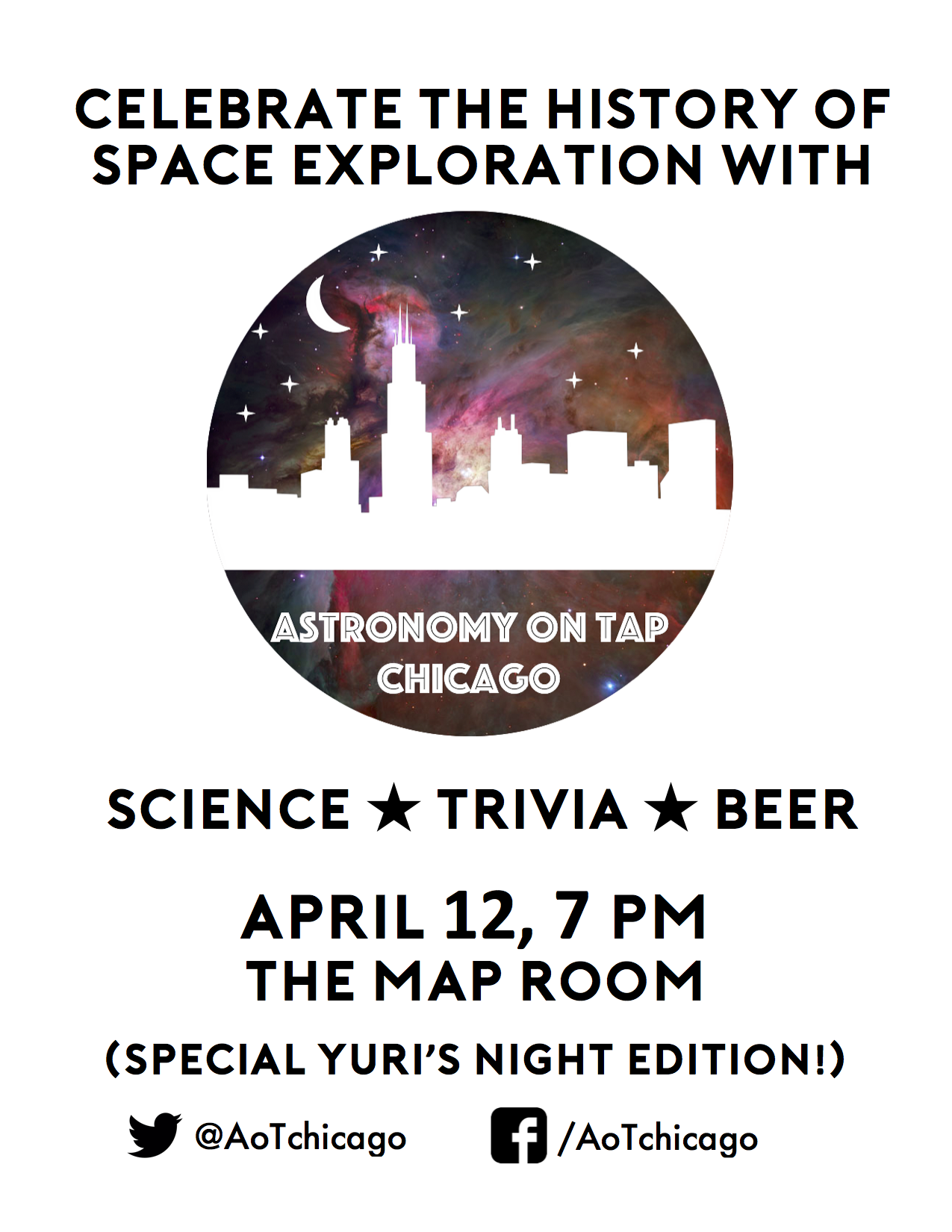 April 12, 7PM – Join us for a Yuri’s Night edition of Chicago Astronomy on Tap hosted by Univ. of Chicago at The Map Room! Yuri’s Night celebrates the launch anniversary of the first person in space, Yuri Gagarin. Come hear about the history of human spaceflight, research into the ripples of the fabric of spacetime, and updates on the upcoming March For Science. Compete in astronomy trivia to win awesome astronomy prizes, enjoy the 25+ beers on tap at The Map Room, and enjoy an evening with some awesome alcohol-inclined astronomers!

This month’s talk:
100 Years in the Making: The Detection of Gravitational Waves – Zoheyr Doctor

Almost two years ago, a ripple in the fabric of space-time, originating from two black holes colliding a billion light-years away, was detected by an international team of scientists. Hear the story of how scientists made this groundbreaking discovery, and about the mind-boggling phenomena physicists and astronomers hope to understand in the coming years.