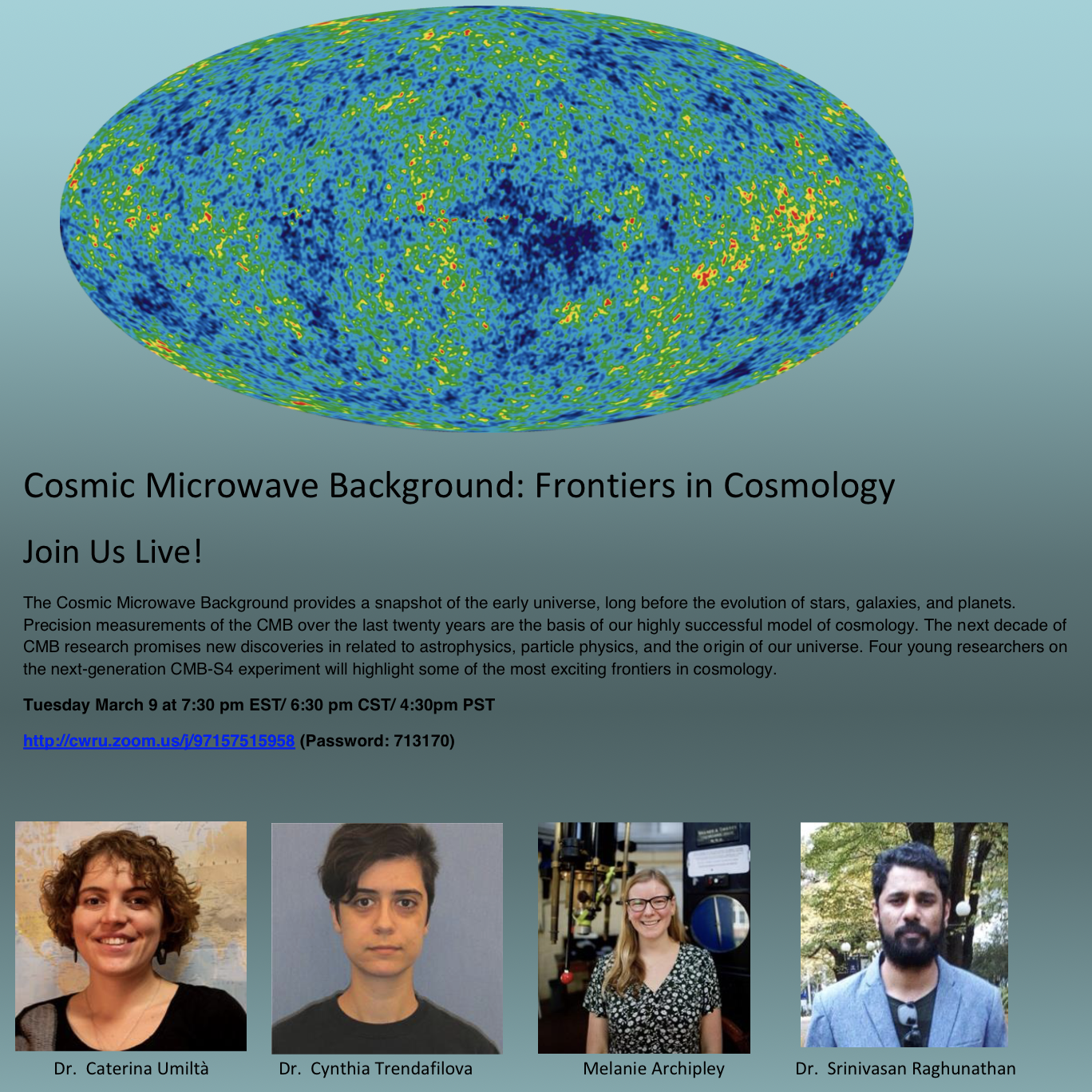 On the 3rd Thursday every month, learn about the latest in our Universe at Astronomy on Tap, Champaign-Urbana.

This month, we have a special event in addition to our regular 3rd Thursday occurrence: the Institute for the Science of Origins at Case Western University and Astronomy on Tap Champaign present two nights of cutting edge science in conjunction with a meeting of the CMB-S4 experiment.

The Cosmic Microwave Background provides a snapshot of the early universe, long before the evolution of stars, galaxies, and planets. Precision measurements of the CMB over the last twenty years are the basis of our highly successful model of cosmology. The next decade of CMB research promises new discoveries in related to astrophysics, particle physics, and the origin of our universe. Four young researchers (Dr. Caterina Umiltà, Dr. Cynthia Trendafilova, Melanie Archipley, and Dr. Srinivasan Raghunathan) on the next-generation CMB-S4 experiment will highlight some of the most exciting frontiers in cosmology.

The cosmic microwave background is the light released when the universe became transparent when it was about 400,000 years old. It has been traveling through the universe ever since. We have been measuring and studying it for just over 50 years, but it still has much to teach us about the universe. John Ruhl and Johanna Nagy, build the instruments that enable us to study the universe using the CMB. John is the Connecticut Professor of Physics at Case Western Reserve University. Johanna did her PhD with John, and just started her faculty job last May at Washington University in St. Louis. Join us to hear about the instruments that we use to measure the CMB, and a professor-student success story.