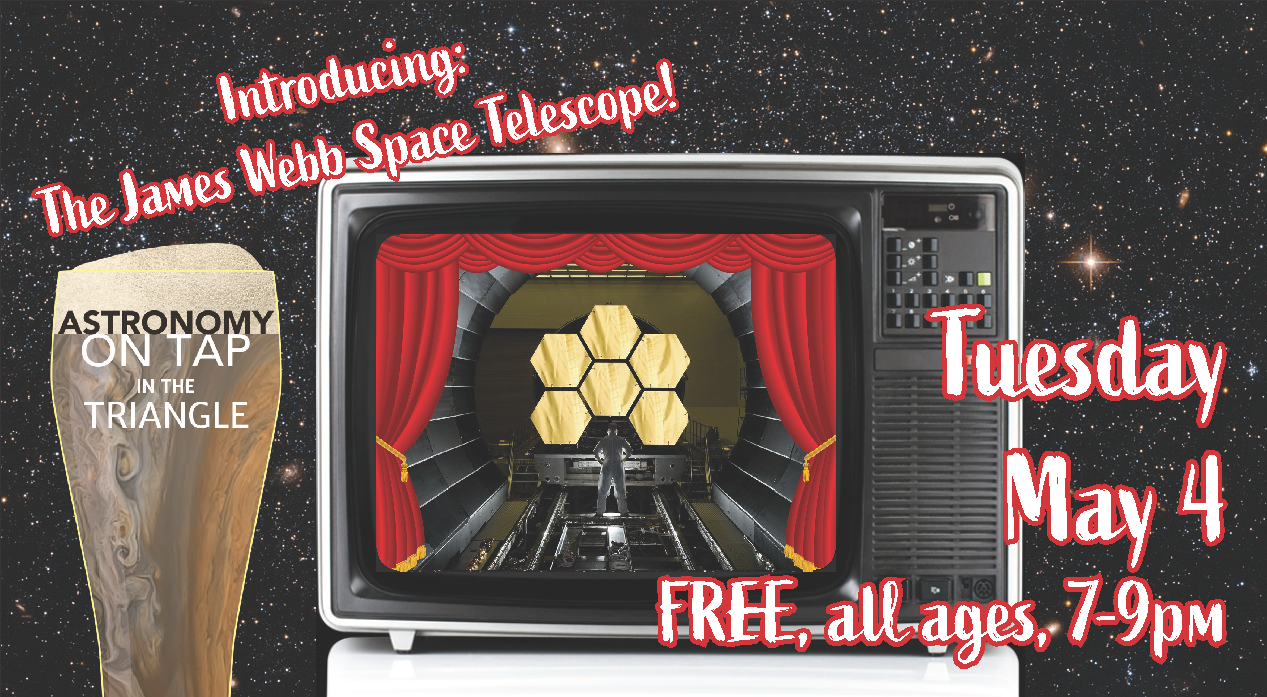 Come check out Astronomy on Tap Triangle, our North Carolina chapter of short and engaging talks about astronomy over beer, held virtually on YouTube — this is our twenty-eighth event held from 7-9 PM on Tuesday, May 4th!

This time we’ll hear from Dr. Greg Sloan* who will introduce the James Webb Space Telescope, one of the largest and most powerful telescopes ever built — set to launch later this year. Don’t miss it!

*Dr. Greg Sloan is an adjunct professor at UNC Chapel Hill, as well as a support scientist at the Space Telescope Science Institute, where he works on the Mid-Infrared Instrument set to launch on the James Webb Space Telescope. Previously, he was a senior research associate at Cornell University. He received a B.S. in Physics and Astronomy from Northwestern University and a Ph.D. in Physics from the University of Wyoming.