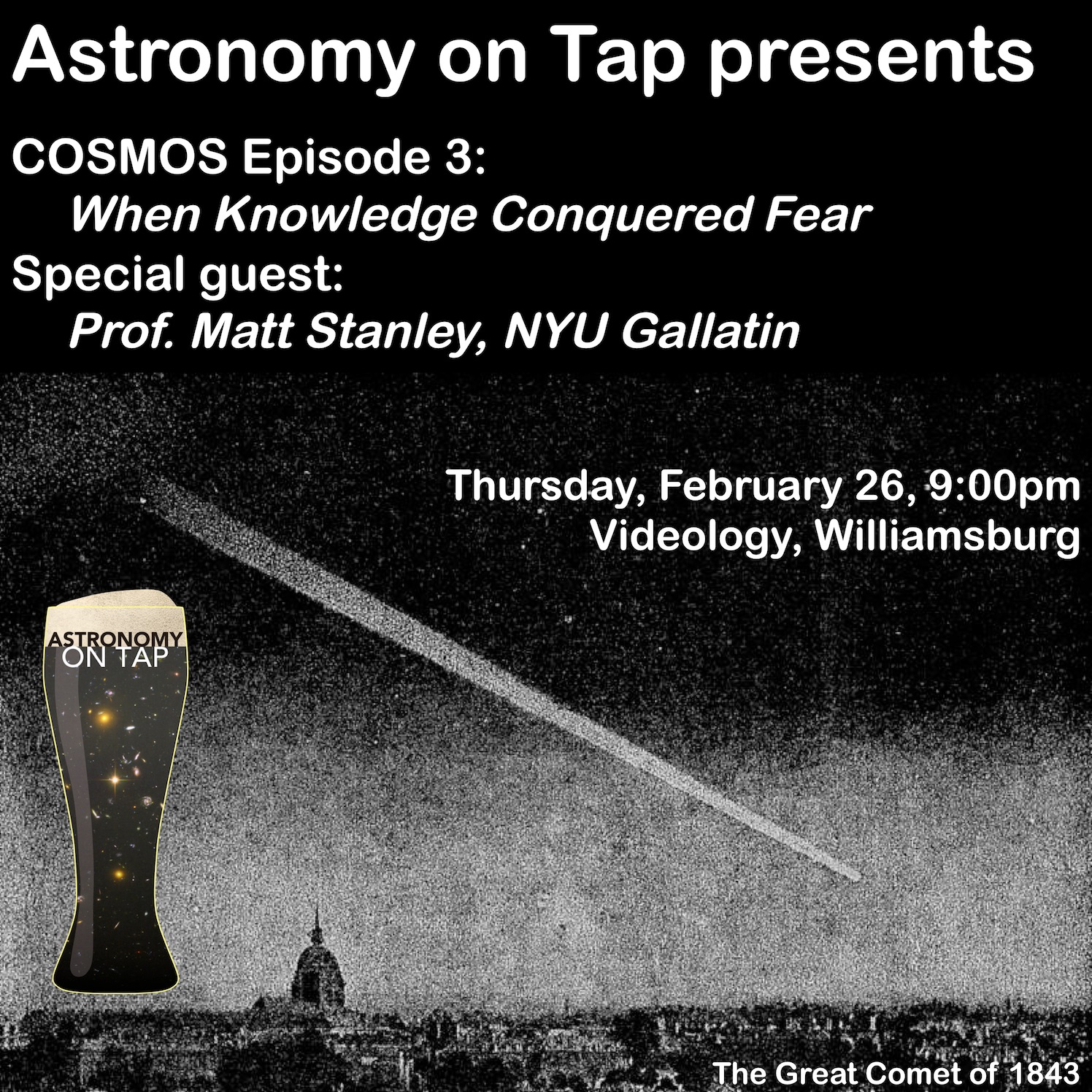 Our next installment of our COSMOS: A Spacetime Odyssey screening at Videology in Williamsburg, Brooklyn is Thursday, February 26 at 9 pm!

Episode 3 is When Knowledge Conquered Fear, featuring the original non-contemporaneous members of Spinal Tap (Edmund Halley, Robert Hooke, and Isaac Newton). We’ll be joined by special guest Dr. Matthew Stanley from NYU, who has a Ph.D. in History of Science and a Black Belt in setting the record straight!