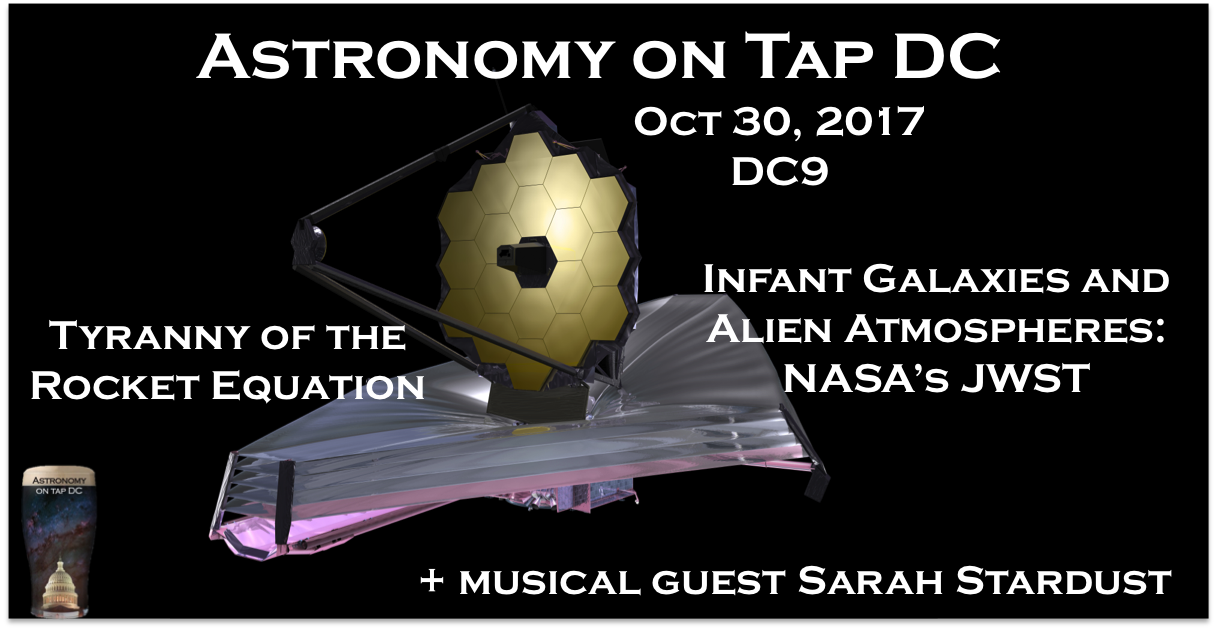 Celebrate the 2 year orbit-versary of Astronomy on Tap DC at DC9 Nightclub on Monday, October 30, 2017! We have a special line-up for the night, with talks about:

And featuring musical guest, Sarah Stardust: count down to get rocket-launched into laughter and music in the name of science!

Astronomy on Tap DC will be getting into the Halloween spirit with a costume contest, where we want to see your best space, astronomy, and/or sci-fi themed costume! The winner will go home with a nifty nebula glass set from ThinkGeek.

We’ll be joined by astronomy educators from the Public Observatory at the Smithsonian National Air and Space Museum who will set up telescopes on the rooftop bar after the show for sky gazing (weather permitting).