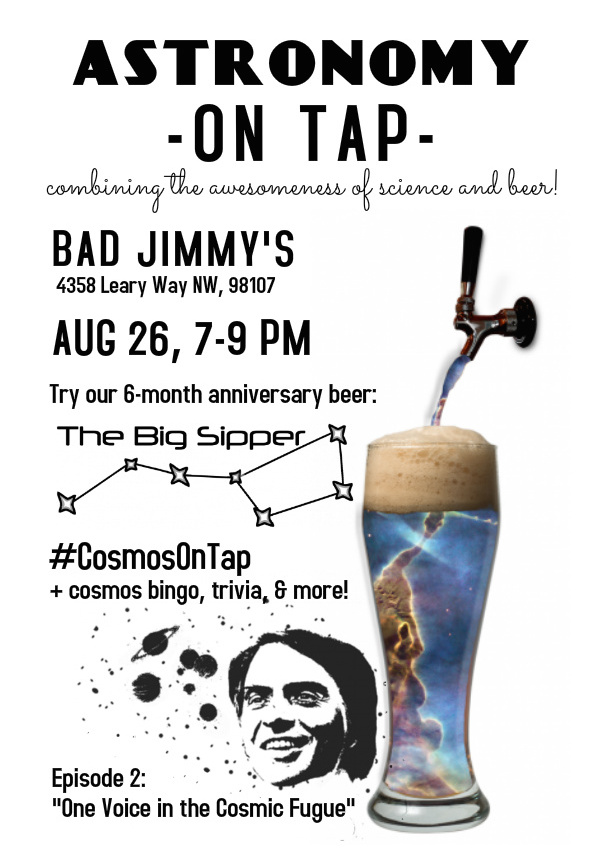 Our sixth event in Seattle will be on August 26th from 7-9 pm at Ballard’s own Bad Jimmy’s.  To celebrate our sixth-month anniversary Bad Jimmy’s will be brewing a special beer for all the astro-enthusiasts out there! By popular vote, the beer has been dubbed “The Big Sipper.”

THIS MONTH Astronomy on Tap becomes Cosmos on Tap! This will be our second installment in the Cosmos: A Personal Voyage screening series, where we will host a guided viewing of the original Cosmos series with Carl Sagan (1980) complete with plenty of beer. We will have a guest speaker introduce the episode, lead discussions and a Q&A, and give updates on discoveries that have been made since the series first aired. As always, we will have astro-trivia with delicious prizes, but this month the trivia will be decidedly Cosmos-centric.

Don’t forget to RSVP on our eventbrite page!