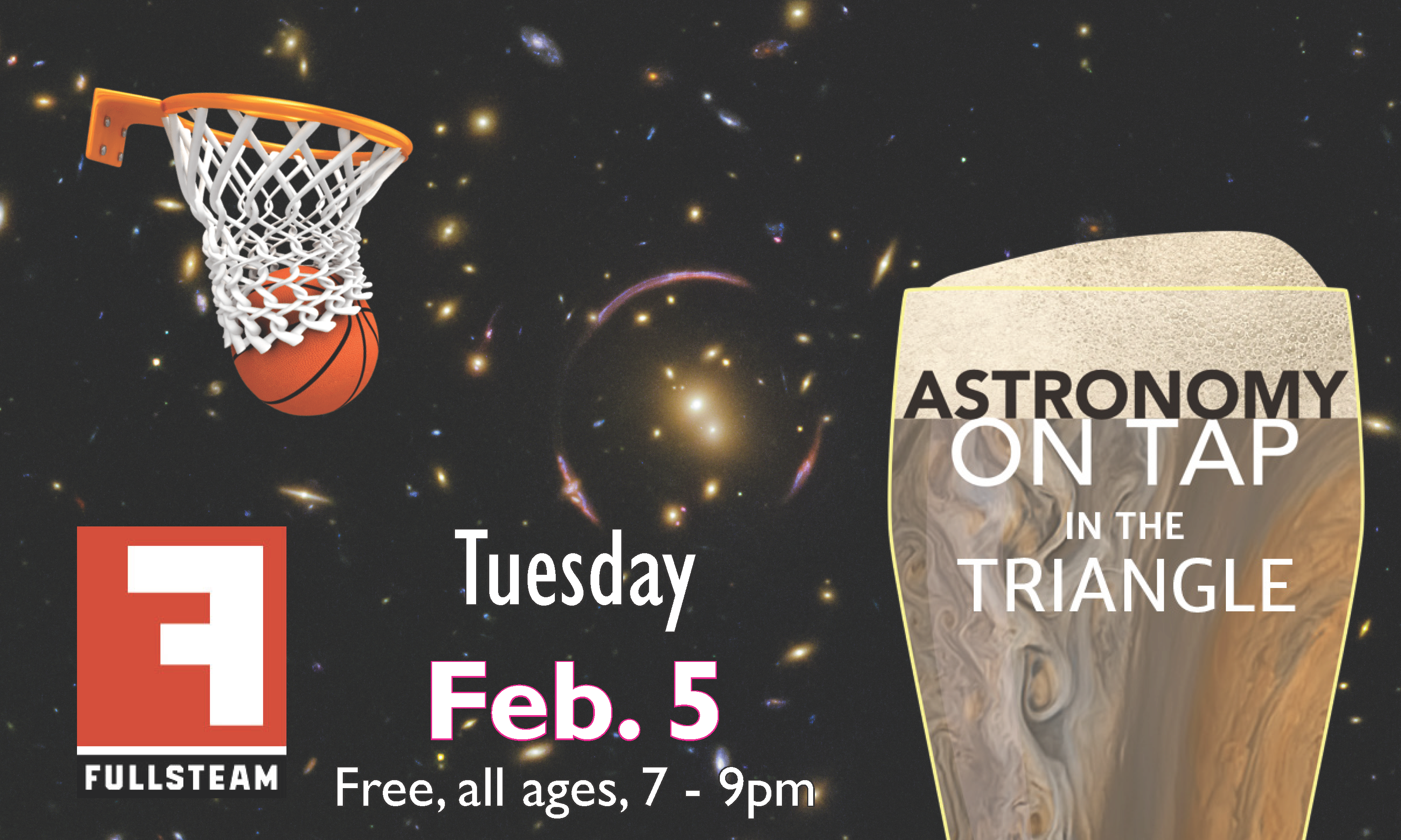 Come on down for 2019’s first Astronomy on Tap Triangle, our North Carolina chapter of short, engaging talks about astronomy over beer held at the taproom of Fullsteam Brewery in Durham, NC — this is our twelfth event on Tuesday, February 5!

Join us to hear about strange objects that rapidly change in brightness, and how basketball can help us understand the cosmos! First up, Hank Corbett*, a grad student from UNC Chapel Hill, will tell us about types of rapid transients found by astronomers. Then Dr. Dan Scolnic**, Assistant Professor at Duke University, will describe how it isn’t so easy to find agreement when you’re studying cosmology.

*Hank Corbett is a third-year graduate student at UNC Chapel Hill, and is the software backbone of the Evryscope project, headed by Dr. Nick Law. He has worked tirelessly on automating this revolutionary survey telescope system, which takes full-sky images containing millions of sources every two minutes, all night, every night! Hank received a B.S. in Physics and Music from Guilford College in Greensboro in 2014. After teaching as an adjunct music professor at Laurel University in High Point for a year post-graduation, he joined the UNC Department of Physics and Astronomy as a researcher in 2015, and matriculated into the graduate program in 2016.

**Dr. Dan Scolnic is an Assistant Professor of Physics in the Duke University Trinity College of Arts and Sciences. Dan’s research is focused on cosmology using Type Ia supernova data, as well as finding optically visible sources of gravitational waves. He also works on developing image analysis techniques for large astronomical surveys such as Pan-STARRS, the Dark Energy Survey (DES), and the upcoming Large Synoptic Survey Telescope (LSST) and Wide Field InfraRed Survey Telescope (WFIRST). Dan obtained his B.S. in Physics from MIT in 2007, and his PhD in Astrophysics from Johns Hopkins University in 2013, where he studied under Nobel laureate Dr. Adam Riess. He followed with postdoctoral work as a KICP and Hubble Fellow at the University of Chicago’s Kavli Institute for Cosmological Physics, before joining the faculty at Duke this year.