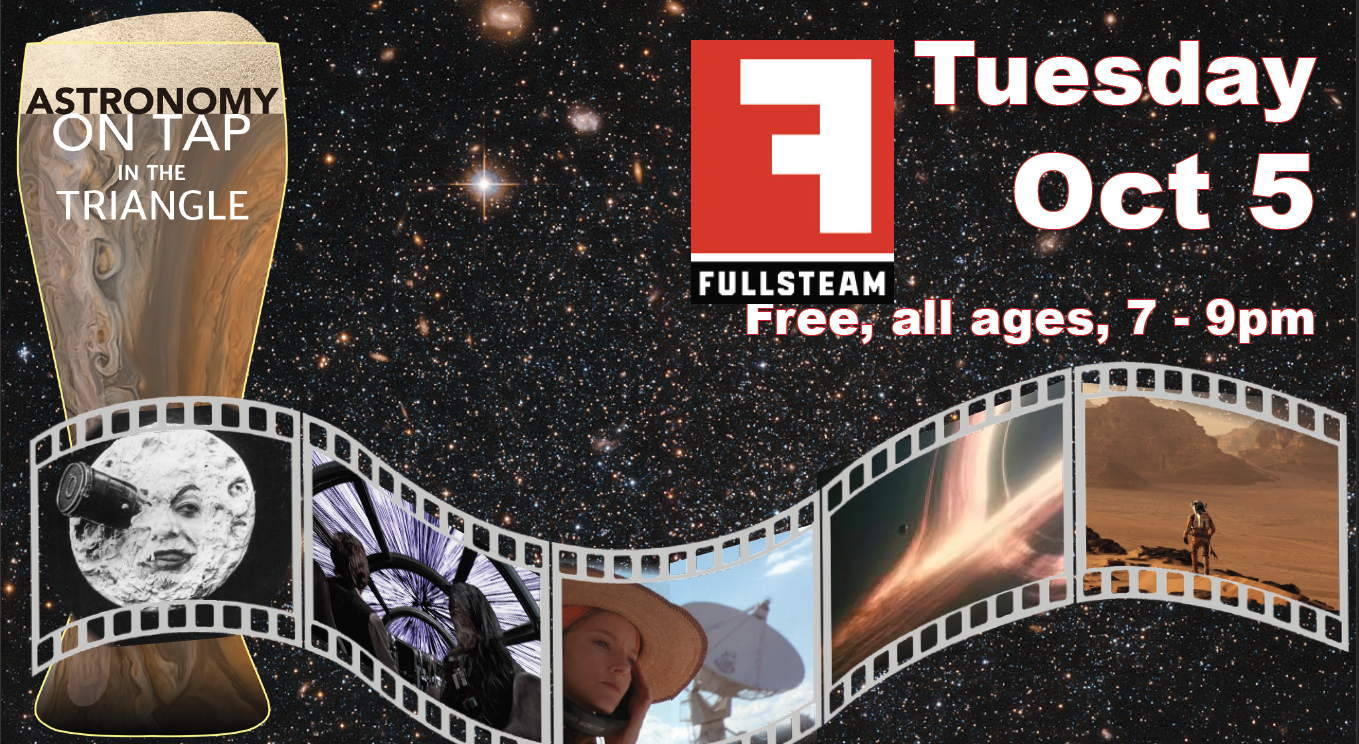 Come check out Astronomy on Tap Triangle, our North Carolina chapter of short and engaging talks about astronomy over beer. Find us in the taproom of Fullsteam Brewery in Durham, NC — this is our twenty-ninth event held from 7-9 PM on Tuesday, October 5th!

Ever wonder how astronomy is applied creatively in movies? Join us Tuesday night at Fullsteam Brewery to find out — we’re hearing from Mugdha Polimera* (UNC) and Reilly Milburn** (UNC) about “Astronomy in Film”.

*Mugdha Polimera is a fith-year Astrophysics PhD candidate at UNC Chapel Hill. She works with the RESOLVE and ECO surveys of around 15,000 nearby (in space distances) galaxies. Her research interest is to hunt for massive black holes in little “dwarf” galaxies. She’s also an Outreach Liaison and Diversity Officer for her department, and is a plant mom and a volunteer service dog trainer with Eyes, Ears, Nose and Paws. She earned her B.E. in Electronics and Communication Engineering from Birla Institute of Technology and Sciences in Dubai, and M.S. in Astronomy from the University of Florida.

**Reilly Milburn is a Ph.D. student at UNC Chapel Hill where he researches young planets and the stars they orbit to learn more about planet formation and evolution. He received his B.S. in Physics and Astronomy from Haverford College.