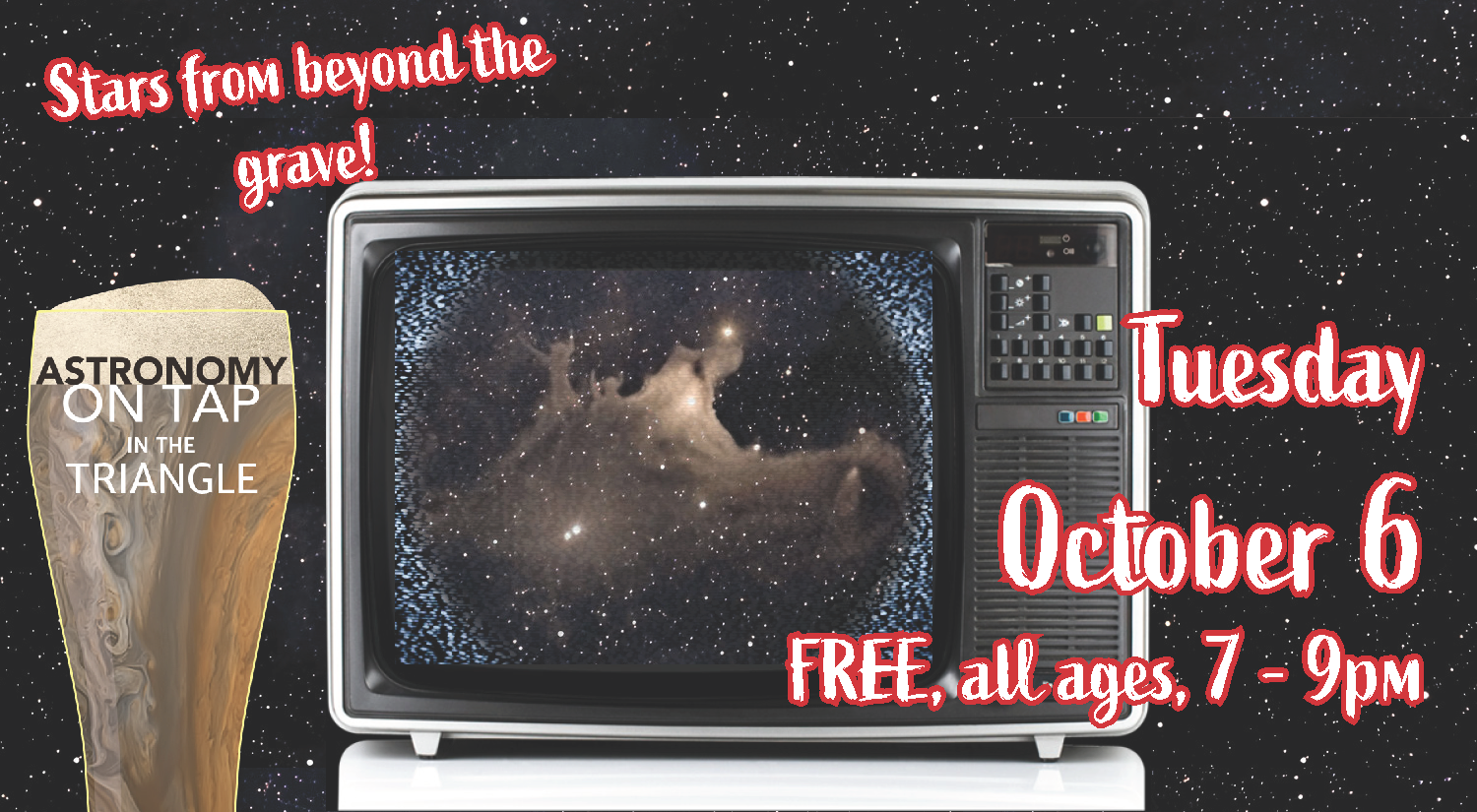 Come check out Astronomy on Tap Triangle, our North Carolina chapter of short and engaging talks about astronomy over beer, held virtually on YouTube — this is our twenty-second event held from 7-9 PM on Tuesday, October 6th!

In our spookiest event this year, you will be haunted by the remnants of dead stars. We’ll hear from Ryan Hegedus* about his work “Forensic Astrophysics: Examining Exoplanet Remains with White Dwarfs”, and we’ll hear from Joshua Reding** about “It’s Alive! Electric Generators In Space.”

*Ryan Hegedus is a fourth-year graduate student at UNC Chapel Hill where he studies the remnant disks of destroyed planetary systems around white dwarfs under Dr. Chris Clemens. He received his B.S. in Physics from High Point University, where he worked under AoT Triangle regular and Clemens group alumnus Dr. Brad Barlow.

**Joshua Reding is a fifth-year graduate student at UNC Chapel Hill where he studies the remnants of white dwarf mergers, also under Dr. Clemens. Josh received his B.A. in Astrophysics from Colgate University and his M.S. at UNC, and hosted AoT Triangle for the 2019 calendar year.